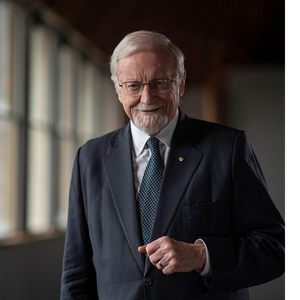 Professor the Honourable Gareth Evans AC QC is Distinguished Honorary Professor at the Australian National University, where he was Chancellor from 2010-19, and is an Inaugural Fellow of the Australian Institute of International Affairs. He was a member of the Australian Parliament for 21 years, and a Cabinet Minister for 13, including as Foreign Minister from 1988-96.

After leaving politics he was President of the Brussels-based International Crisis Group from 2000-09 (the Board of which was co-chaired by Lord Patten from 2005-11). He co-chaired the International Commission on Intervention and State Sovereignty from 2000-01, which initiated the ‘responsibility to protect’ concept, and he currently chairs the New York-based International Advisory Board of the Global Centre for the Responsibility to Protect, the Board of the Seoul-based Asia Pacific Leadership Network on Nuclear Non-Proliferation and Disarmament, and the Advisory Council of the ANU Centre for Asian-Australian Leadership.

He has written or edited numerous books, most recently Good International Citizenship: The Case for Decency 2022.